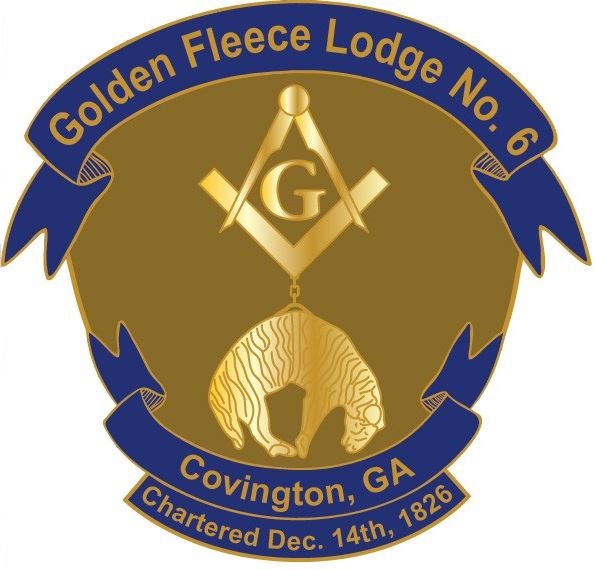 The Most Worshipful Grand Master of Masons in Georgia and signator on Charter was Governor William Schley.

1839 Past Master Ignatius A. Few is recognized as the founder and  First President of Emory University from 1836 to 1839.

Member and Confederate General George Thomas “Tige” Anderson commanded his brigade at Fredericksburg, Suffolk, Gettysburg, Chickamauga and Knoxville, and also was present at the surrender in Appomattox.

of Masons in Georgia

Member Osborn L. Smith was President of Emory University 1871 to 1875.

They were well to do, well educated and well cultivated.

They originally settled in the eastern part of the county, at town which they proposed to call Winton.

One of the first settlers, Solomon Graves and his sons, organized the construction of a  Brick Building,

which when completed served as a general store, a post office and meeting place.

The completion of the brick store also change the proposed name of Winton, to the town of Brick Store.

The rear of the building was used as an inn and a stage stop.

This state stop was a crossroads from Charleston to New Orleans and from Ruckersville to Milledgeville.

Lack of adequate water supply caused the members of the first court to meet in Newtonsboro, a settlement a few miles west.

On December 6th, 1822 Newtonsboro was incorporated as the town of Covington.

The name is said to come from Maryland born, Richard Simms(Member of Golden Fleece) who suggested the town be named after Leonard Covington of Maryland.

Leonard Covington was a general officer in the War of 1812.

Covington also served in the Maryland Legislature and the United States Congress.

Another Soldier of the War of 1812 was Dr. William Denson Conyers.

He moved at an early age to Greensboro, Georgia with his mother and Father, Ross and and Betsy Denso Conyers.

Dr. Conyers was one of the Pioneers of Newton County.

He owned a large plantation which extended into later became Rockdale county.

Among many other services to the county and city, he served as a trustee for the Interior Court, which is similar to today’s probate court,

and was a trustee on the board of the Southern Female Academy.

Golden Fleece No. 6 Brother Michael H. Wilson is Serving as

Most Worshipful Grand Master of Mason’s in Georgia

is a Regular Lodge of Free and Accepted Masons

working under the Jurisdiction of the Grand Lodge of Georgia